The Northern region of Tusheti is bordered by Chechnya, Ingushetia and Dagestan. At our nearest point we’re be about 2kms away from the Russian border as we cycle through this hidden gem of wilderness. The region is largely unchanged since the middle ages and it’s only possible to get to during the summer months. There is very little infrastructure, with only dirt tracks and shepherd trails between villages. The way in and out of Tusheti is dirt and rock jeep track cut out of the mountain side, but for us there’s the old trail, big mountain, single track used by the Tushetian shepherds to enter and exit Tusheti for centuries. On the way in we’ll drive to the top of the pass at 2800m, before riding all the way down to our first night’s stay over. It’s a 30km descent of over 2000m of tight technical trails which switch back all the way down to the bottom of the valley then follows the khisoskhevi river into Tusheti which sets the tone for this incredible MTB adventure.

You will be met by our guides at Tbilisi international airport, before transfer to your hotel in Old Tbilisi.

Overnight stay in Hotel in Tbilisi

After building your bikes we’ll take the vehicles up to the village of Kojori, the highest village in Tbilisi at 1600m above the city for a thrilling action packed descent down to the main park in Tbilisi, Vake.  This ride takes in some of the best riding available close to the city with off camber rock gardens, twisting single track sections through pine forests and eventually winding along rough dirt trails for a total 20 km descent.

Overnight in Hotel in Telavi
Breakfast and Lunch included.

Transfer to Tusheti and the Abano pass at 2900 meters we have a short 300m climb before a thrilling big mountain single track descent on the old trails used by Tushetian shepherds. There’ll be some hike a bike today so be prepared, though the descents are well worth the effort.  30kms descent into Tusheti.
1700m ascent -2700m descent

Overnight stay in a traditional guesthouse in Omalo.

After taking on plenty of Carbs at breakfast we take the vehicles up to the village of Shenako and on toward Diklo only a couple kms from the border with Dagistan. We then have a short but challenging hike a bike up to a vantage point at 2400m overlooking The Republic of Dagestan where we’ll have time for a rest and snacks before a truly technical descent through pine forests on snaking switchbacks down to the river 800m below. We then climb for around 300m to Chigo at 2100m and ancient and remote village only accessible by these narrow trails. We end the day with an incredible single track descent to Dartlo. 25kms Ascent 1500m – Descent 1900

Overnight stay in a traditional guesthouse in Darto.

Today we follow in the tire tracks of the crew who filmed the “Trail to Kazbegi”. We transfer to the start of our ride at 2250m, before climbing for 10km along a ridge reaching the Nari Khole pass at 3017m. After which we enjoy one of the most incredible descents you’ll ever ride, down to the Alazani River at 1800m followed by a steady ride back to the comfort of our guesthouse. 32 kms Ascent 1700m Descent 2300m.

Today we will test our riding skills further by riding to the villages high up on the valley above Dartlo. This is a short loop but never the less technical and rewarding offering superb views and great descent back into the village of Dartlo on technical switch-backs. For those who wish to take things easy they can relax, eat and drink or take a look around this historical village.

Today we take the vehicles from Dartlo over to Omalo, where we have time to visit the Keselo towers, an ancient fortress above upper Omalo. In the afternoon we take the vehicles up to the Abano Pass. From the pass, it is a long, long descent (more than 2,000 m of vertical descent) until the Kakhetian plains 42kms below. It’s a bike ride full of adrenaline!

Overnight in Hotel in Tbilisi
Breakfast and Lunch included. 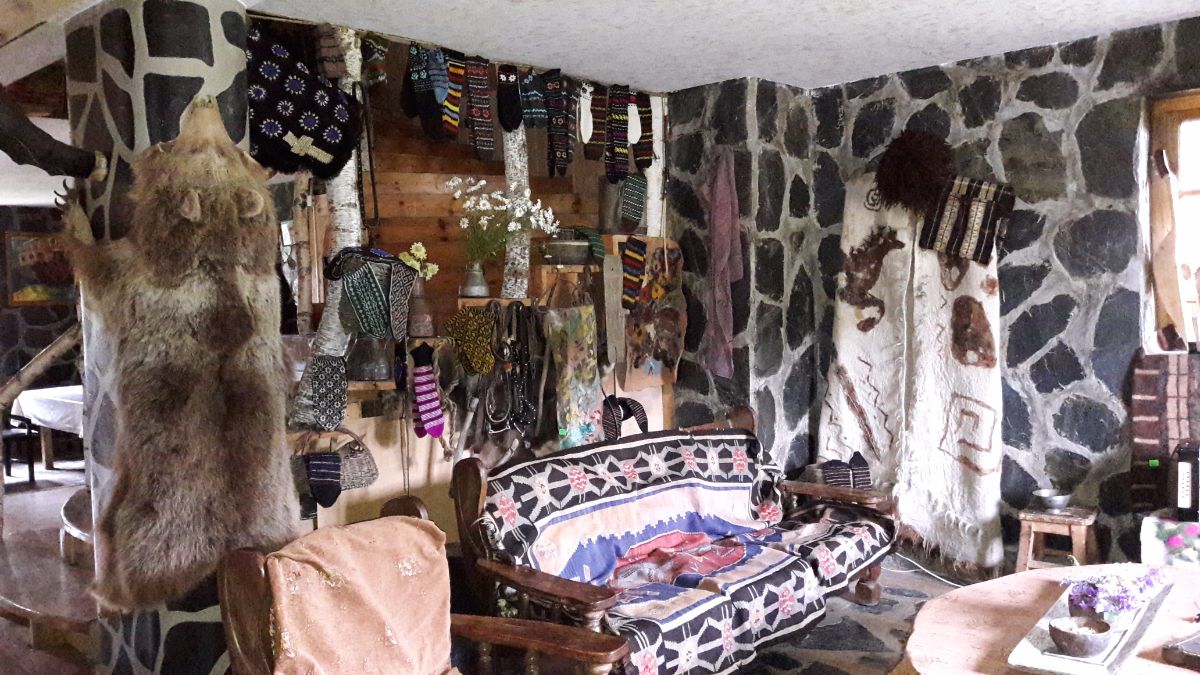 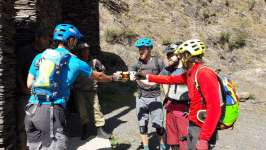 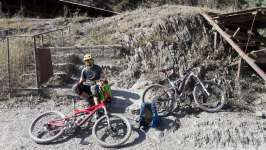 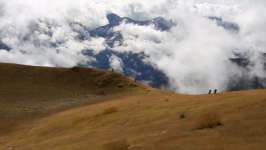 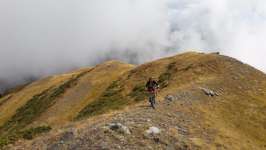 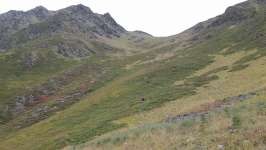 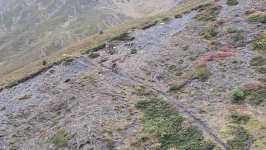