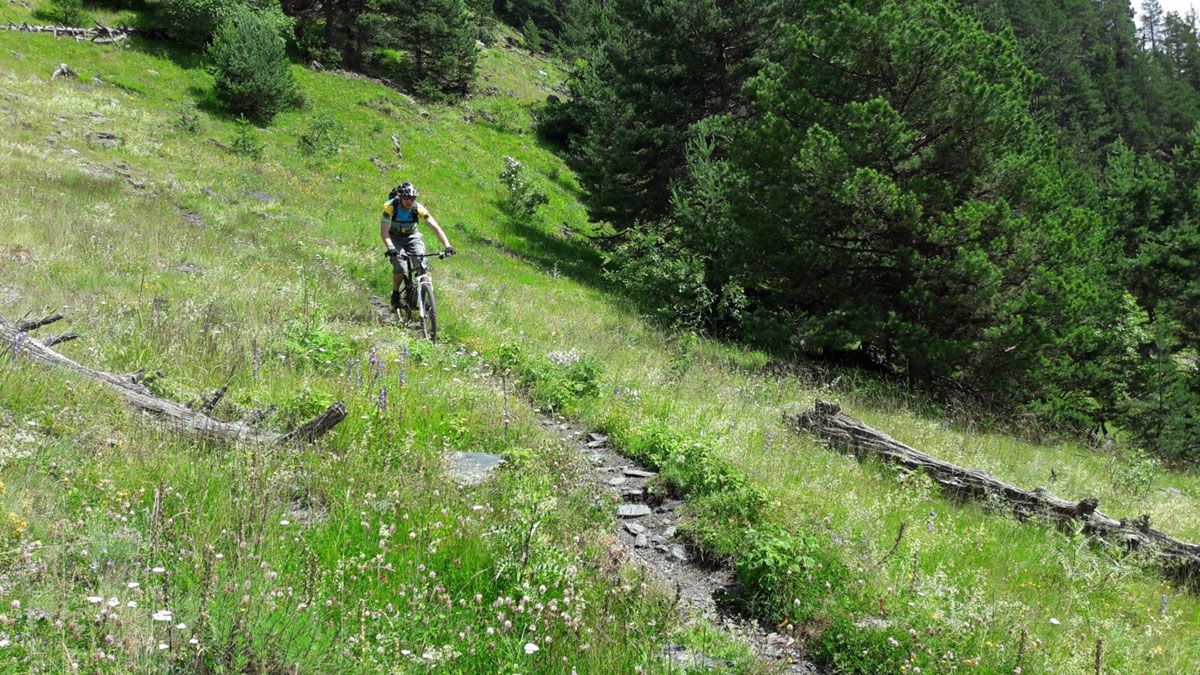 What are the MTB trails like in The Republic of Georgia?

Georgia is such a little known place most people think it’s either the state in The US or a part of Russia, which it most definitely isn’t. To describe the riding here is a difficult task, purely because the country, small though it is has just about every type of climate on the planet in one very small area sandwiched between the Russian republics of  Chechnya, Dagestan and Ingushetia in the North, Azerbaijan to the East, Armenia to the South and Turkey to the west. On the west coast next to Turkey on the Black Sea the climate is sub-tropical, in the heartland are plains leading to Alpine meadows and eventual the highest mountain range in Europe, The North Caucuses has 7 peaks in excess of 5000 meters with Glaciers running between them. In the East there’re arid deserts and strange lunar looking landscapes. From many places in Tbilisi we can be in the mountains within 20 minutes and climbing up to 1600 meters on dry smooth single track, through lush forest, steep technical dirt trails, over rock gardens and loose over hard packed trails. Of course this all leads to some superb descents and twisting through the forests above Kus Tba on a 10km descent would be the best example of this where there are a myriad of trails to bring you back down to Vake park in the center of the city. There’re also great riding opportunities in the mountains above Lisi lake, albeit a little less extreme in terms of the descent and climbing. Still within a half hour it’s easy to be on a ridge at 950 meters overlooking the whole of Tbilisi. Then there’s chili’s tba (lake) at 1100 meters an out and back ride on some superb trails leading up to this beautiful mountain lake with equally great descents back. Then there’re the Caucasus Mountains, the highest mountain range in Europe. Areas such as Kazbegi, Svaneti and Tusheti probably the main areas for tourism all have a mixture of superb dirt tracks, forest road and single track, the key been able to find the ride-able trails and as such we spend time scouting the trails finding the good and the bad so you don’t have to.

For our 2017 tours we’ve concentrated on two areas, Tusheti a mountainous region in the north and Svaneti in the North West. Both offer superb vistas of the Caucasus Mountains and both have plenty of traditional villages to ride through and soak up local culture though they are quite distinct from each other even though they are both high mountainous remote areas, Tusheti is more difficult to get to due to the one road that leads in and out being very changeable, whilst Svaneti has some infrastructure in place though it’s much further from Tbilisi. Both have very distinct architectural styles with ancient villages and churches nestled in the stunning valleys. In both areas the trails can climb up to and above 3000 meters though they can be very hard to get to. Nevertheless we’ve found the best trails available in both regions and combined these with some cultural sights to stop off at along the way guaranteeing you an amazing big mountain adventure on your visit to The Republic of Georgia.