Arrival in Tbilisi. Transfer to the hotel.

Meet to the guide and you are starting sightseeing tour around OldTbilisi. Visiting Metekhi Church, Sameba- one of the largest orthodox cathedrals in the world, Sulphur bath houses. Narikhala fortress to enjoy breathtaking view of magical city, where different cultures meets each other. In these area you will see only mosque in Tbilisi.

Visist Mtskheta -One of the oldest cities of Georgia, it is located approximately 20 kilometres (12 miles) north of Tbilisi, at the confluence of the Kura and Aragvi rivers.

Due to its historical significance and several cultural monuments, the "Historical Monuments of Mtskheta" became a UNESCOWorld Heritage Site in 1994. As the birthplace and one of the most vibrant centers of Christianity in Georgia, Mtskheta was declared as the "Holy City" by the Georgian Orthodox Church in 2014.[2]

In the morning after our transfer by vehicle from Tbilisi to Tskhvarichamia we have a very short climb of 100m before cycling mainly on asphalt down on moderate slopes through the beautiful forests of oak, hornbeam and beech of Sabaduri forest. We descend on a winding, twisting road whilst experiencing the fresh air and beautiful scenery, near the police station on the way to Tianeti we turn east in the direction of Sioni passing through small villages along the way on gentle undulating terrain. Eventually we reach Sasadilo(For those who are tired, the vehicles are always with us so at any time you can take a rest in the bus).We stop here for dinner before our return journey by vehicle to Tbilisi. On the way back to Tbilisi we stop in Ujarma to visit the famous Ujarma fortress built in the 5th Century by Vaktang Gorgasal which is situated situated on the right bank of the river Lori in the Gombori mountain range.

Signagi picturesque landscapes, pastel houses and narrow, cobblestone streets. City of lovers offers visitors stunning views of the Caucasus Mountains. Here we’ll visit Sighnaghi Ethnographical museum, after these we will visit Bodbe monastery that holds the tomb of St. Nino, the Cappadocia maiden who converted Georgian people to Christianity as early as 337 AD. Continue to Tsinandali and visit local duke’s estate from the 19th century. We’ll walk in the beautiful garden and visit his house-museum. Stop for a private winery «Twins Wine Cellar» in Napareuli village.

Visit to Alaverdi Cathedral, the second tallest cathedral in Georgia and an outstanding example of medieval Georgian architecture (11th century).

Continue the 16th-century architectural monument – the royal citadel and the Church of the Archangels – in Kakheti, Georgia. The complex is what has survived from the once flourishing town of Gremi and is located southwest of the present-day village of the same name in the Kvareli district, 175 kilometers east of Tbilisi, capital of Georgia.

The tour starts from Tbilisi. Our guide and driver will meet you at your hotel.

You will visit Stalin's Museum in Gori, dedicated to the life of Joseph Stalin. After these you will continue Biking through Uflistsikhe. (15 km approx. 1 and half hour) an ancient cave town and one of the oldest urban settlements in Georgia. The town represents a complex of various structures dating from the 12 cent. BC to the 17th cent. AD.

Davit Gareji –cave monasteries complex located in the semi-desert, established in the 6th century. We have a Picnic lunch en route, in the village of Udabno at the artisan Oasis club. After visiting David Gareji Monastery, we hike up (about 40 min. hike, difficulty: medium), to where the ancient monastery caves look over the plains of Azerbaijan. In the late afternoon we take the vehicles back to Tbilisi. We have a traditional Georgian dinner before our return transfer by vehicle back to Tbilisi. 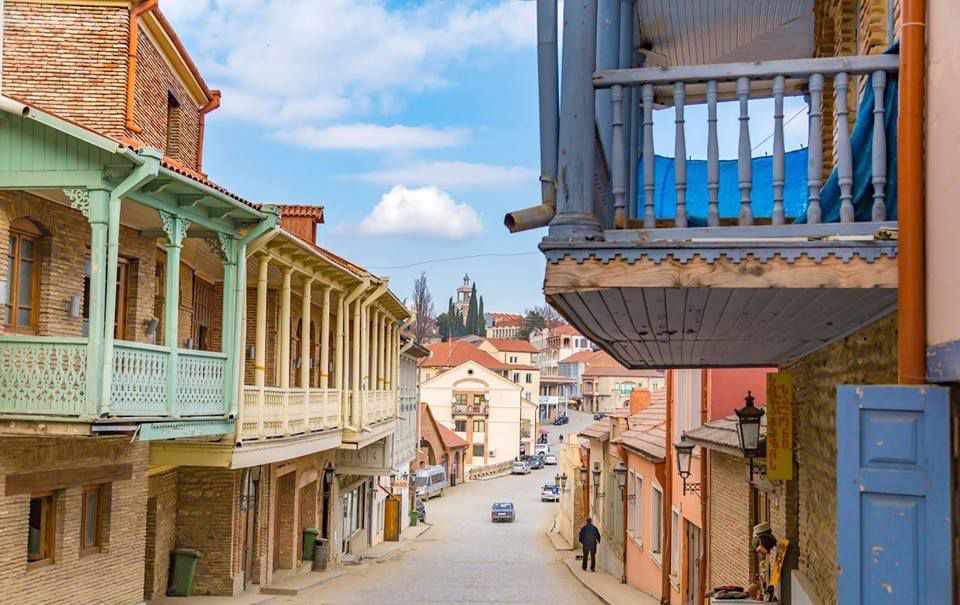 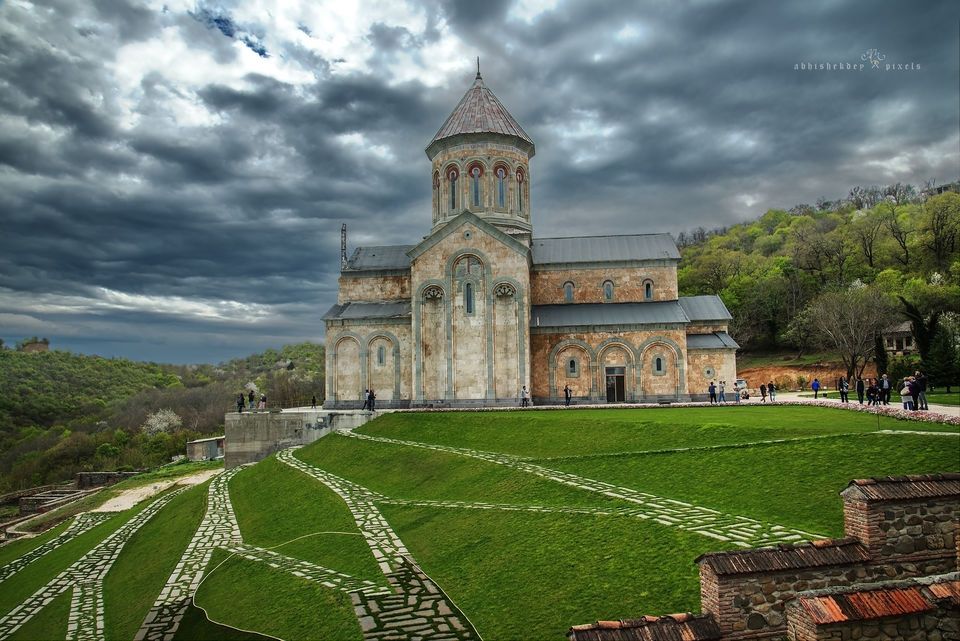 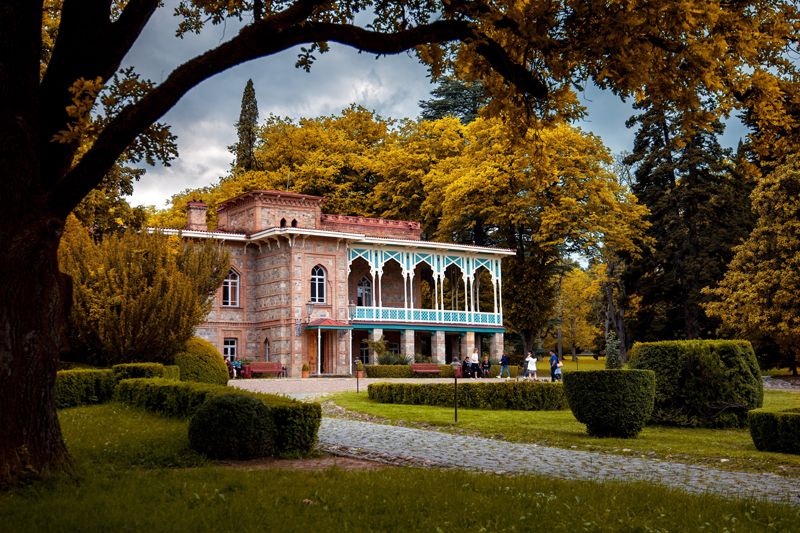 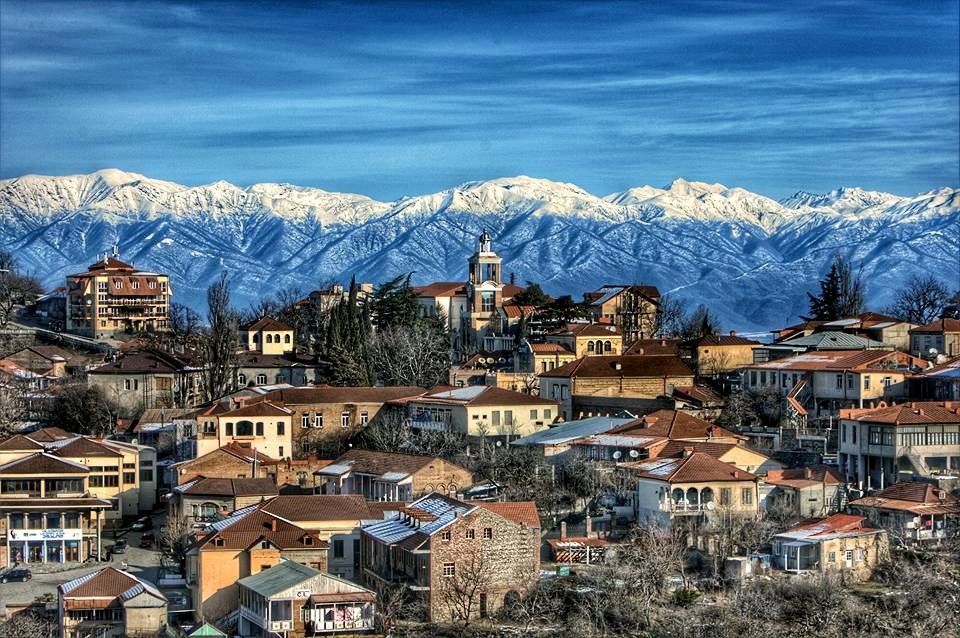 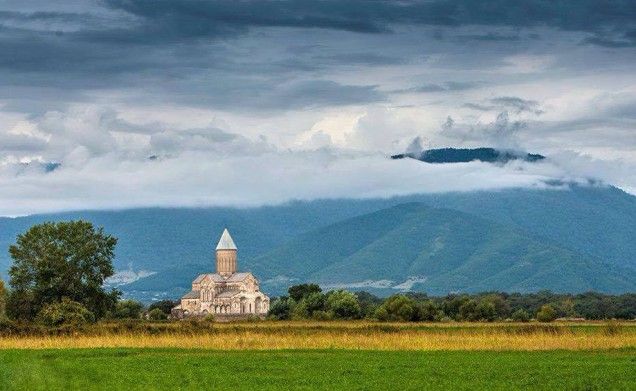 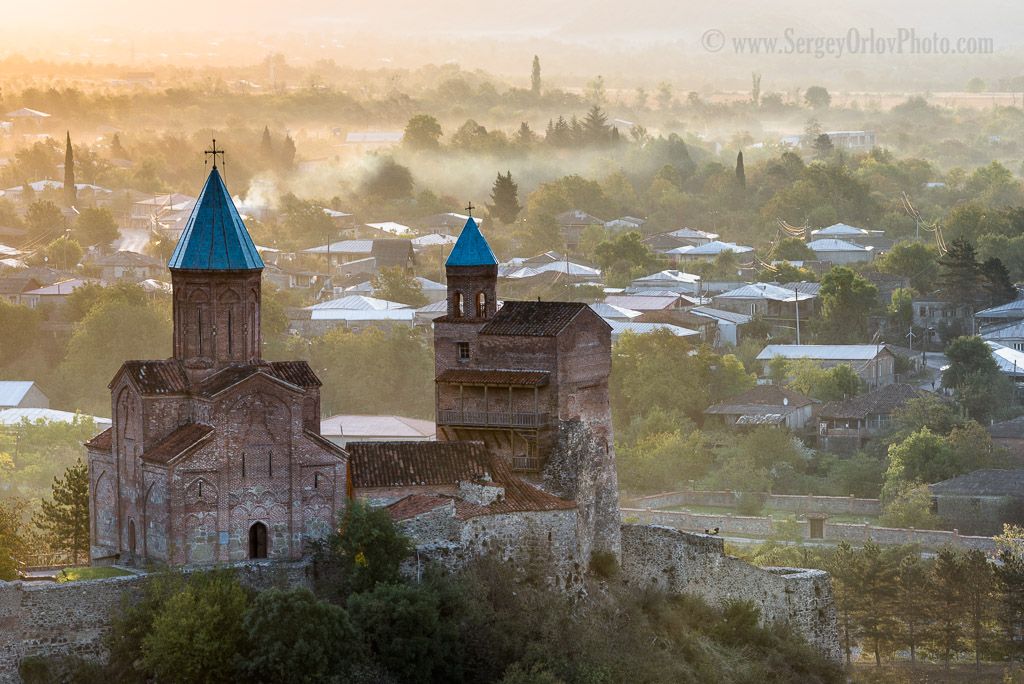 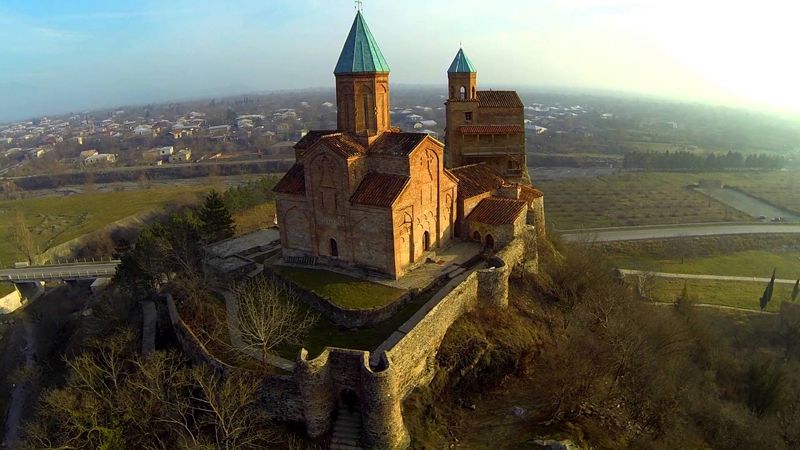 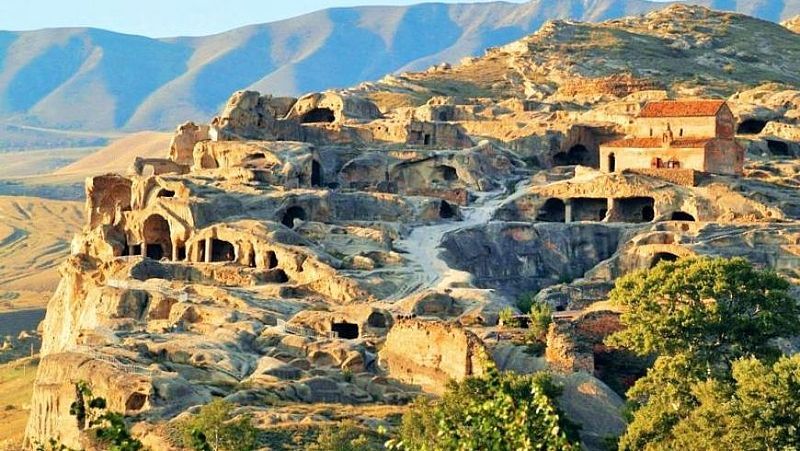 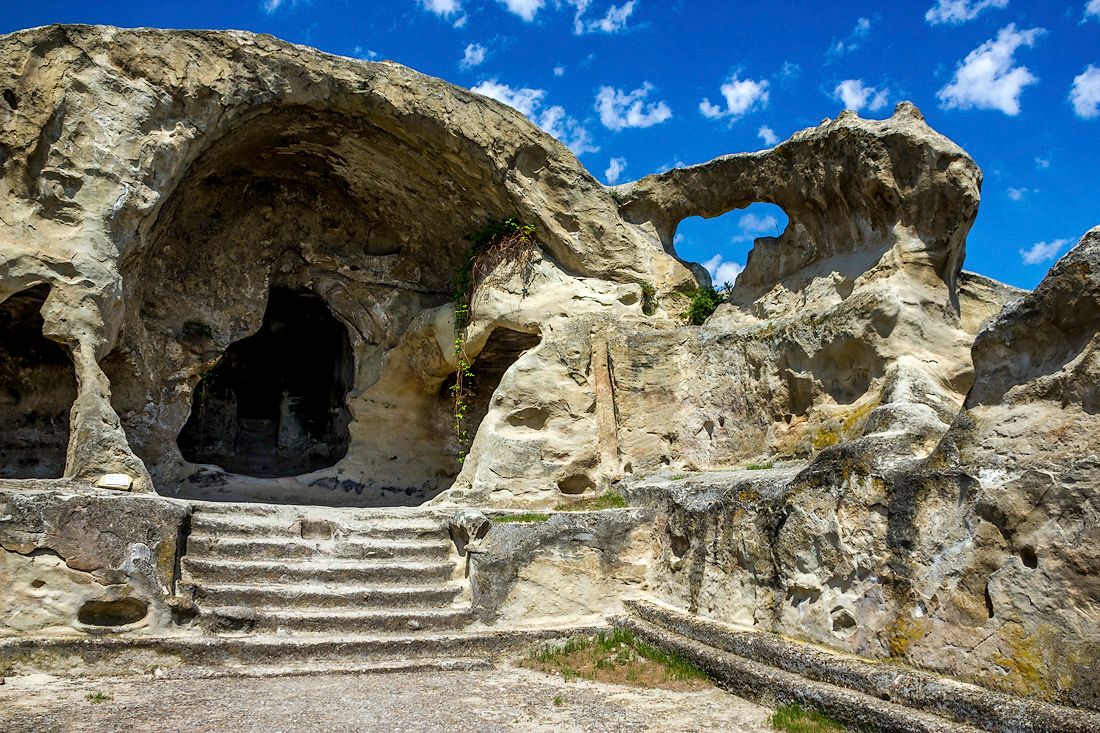 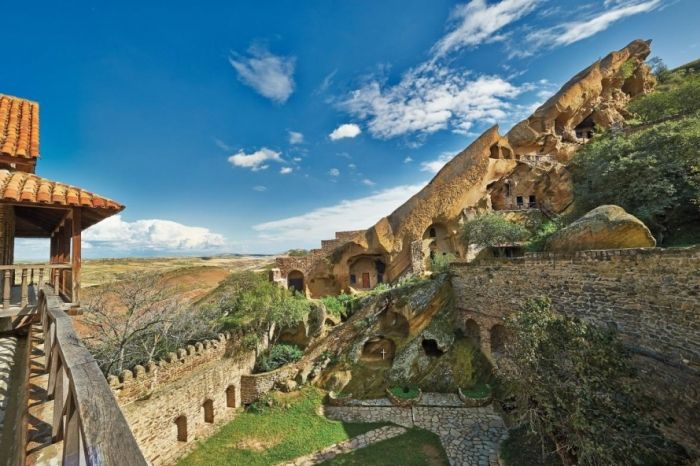 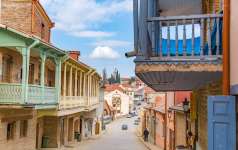 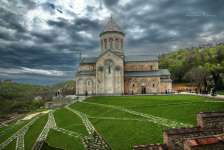 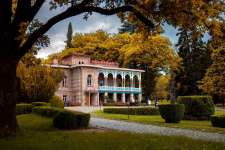 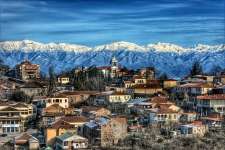 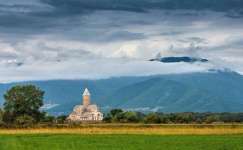 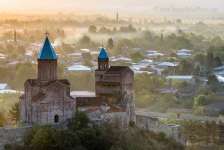 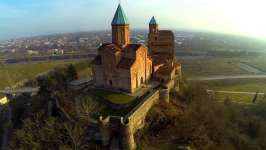 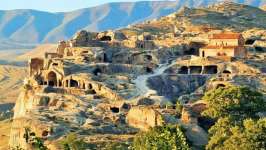 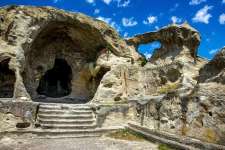 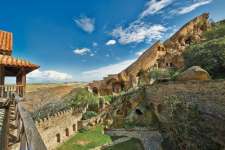