Situated in the north of the country Svaneti is bordered by both Karachay-Cherkessia and Kabardino-Bakaria in the Russian Federation. It is home to some of the highest mountains in the Caucasus.  This historical region is brimming with ancient villages and the locals known as Svans have largely retained their culture and heritage for centuries. Characteristic of this region are the Svan towers (koshki) built in the medieval period to act as defense and signal towers against invading armies. Ride ancient shepherd trails through the beautiful mountains to explore the medieval towers and Churches of Svaneti, be awed by some of the highest peaks in Europe and prepare to be immersed in local mountain culture as we discover unbeatable singletrack on every descent.

We start with an early transfer to Zugdidi in the west of Georgia where we stop for a traditional Georgian dinner we start on our way to the start of our cycling tour in Svaneti. After fueling up we continue our journey to Khaishi where our ride proper. Taking a tarmac road for about 30 kms of descent we then jump in the vehicles before jumping out again for a dirt road climb of about 10kms to our overnight stay at Mazeri under the Ushba Mountain.

Day 3: Bike and hike to Ushba Glacier. After sightseeing ride back to Mazeri. After lunch cycle for 2 hours to Mestia (25km).

This morning has us climbing the 7kms up to the Ushba waterfall with our bikes for a chance to see this geological wonder. It’s a tough hike a bike climb for those who like a challenge the return journey is equally tough with a great single track ride back to Mazeri for lunch. After lunch we set off toward Mestia down rough jeep track for about 10 kms before hitting tarmac for a 10km ride through the Svaneti countryside.

Day 4: Visit the Historical and Ethnographical Museum in Mestia. Afternoon cycle to Glacier.

We start the day with an up lift out of Mestia for a thrilling descent of technical singletrack back into Mestia. We have a choice of routes for the expert or novice. After lunch we spend a couple of hours looking at the artifacts on display in the ethnographic museum of Mestia. Which leaves us time for one last ride in Mestia to the glacier and another action packed descent back to our guesthouse in Mestia for the night.

We set off today for Ushguli first taking the vehicles to a high pass where we leave the vehicles for a day of thrilling alpine single track via Adishi. This is sure to put a smile on any mountain biker’s face with a technical twisting single track ride through un-spoilt wilderness, taking in river crossings, hairpin switch backs and rock strewn descents to the village of Adishi. We rest here to catch our breaths before continuing the ride down to a tarmac road where we meet the vehicles again. We then drive part way to Ushguli before leaving the vehicles for the final climb to the village of Ushguli.

The day starts with a great ride and hike along the valley that leads us to an incredible view of Mt Shkara one of the highest peaks in the Caucasus. It’s an out and back ride of about 20kms with plenty of thrills along the way. In the afternoon we’ll stop for lunch at Ushguli leaving us time to wander round this amazing ancient settlement in the afternoon.

Overnight in Guesthouse in Ushguli

Day 7: Head for Lower Svaneti over Zagharo Pass by biking down to Korundashi Valley and then to the Tskhenistskali Valley. Arrive in village Lentekhi.

Today we have another day of epic single track riding across the pass at Zagharo on our way to Lentekhi in Lower Svaneti. This ride never fails to please with incredible scenery and riding all the way down to our stay in Lentekhi.

Overnight in local guesthouse in Lentekhi.

Day 8: Visit to the Stalin museum in Gori.

We head back to Tbilisi through the countryside of lower Svaneti giving us the opportunity to take in the beauty of this incredible region of Georgia. After lunch we jump back in the vehicle heading for Gori and the Stalin Museum.

(B/L) We conclude our tour arriving in Tbilisi late afternoon. 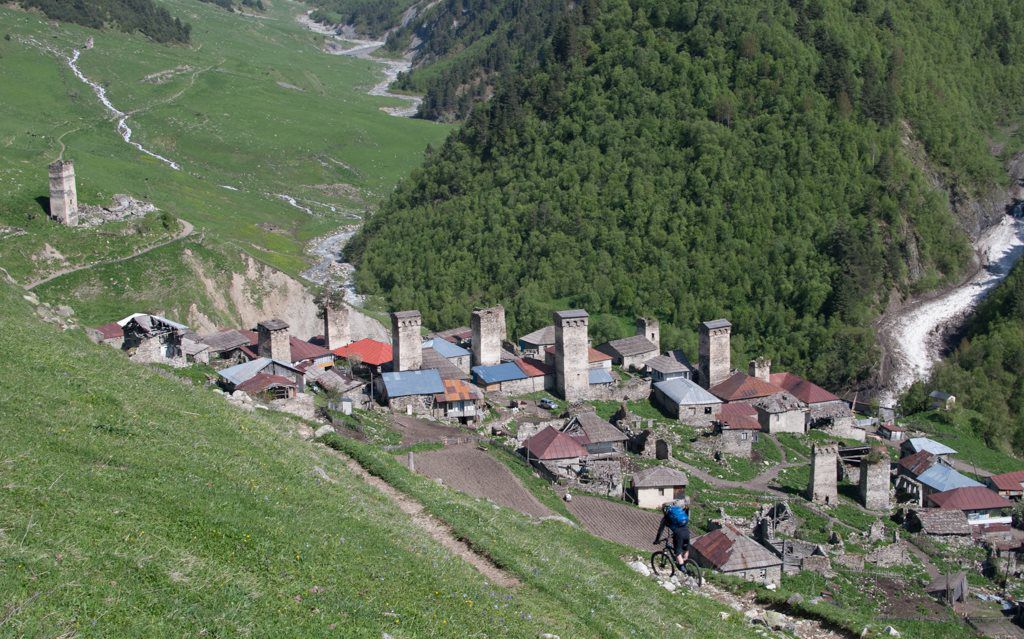 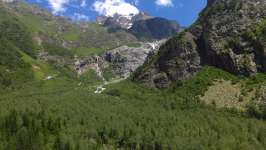 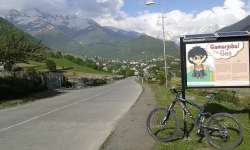 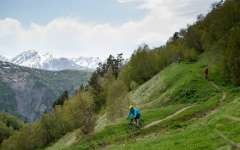 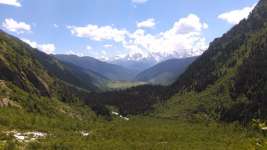 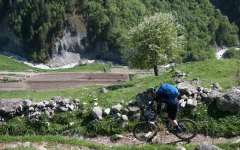 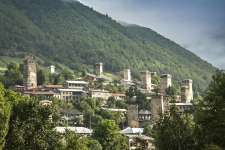